WPSecure wallpaper deployment has been designed for the side-by-side deployment of wallpaper versions. This feature enables organisations to change a message, introduce a new message or have different messages for varying working groups. The WPSecure campaign manager controls this function.

To edit or create a ‘wpsecure.campaigns‘ file, launch “WPSecure campaign manager” from the start menu.

After you launch the campaign manager, you’ll be presented with an informational screen. Please read it and click the button at the bottom of that window to move to the next page.

Campaign schedules and details are added to the next page. 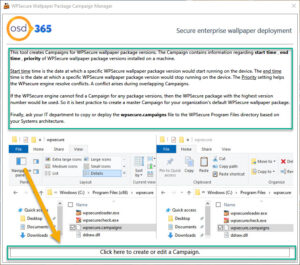 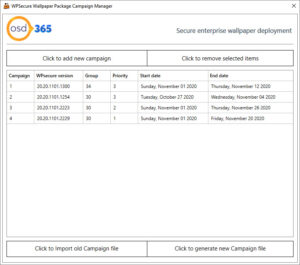 The ‘wpsecure.campaigns‘ file lists campaigns with the following details. 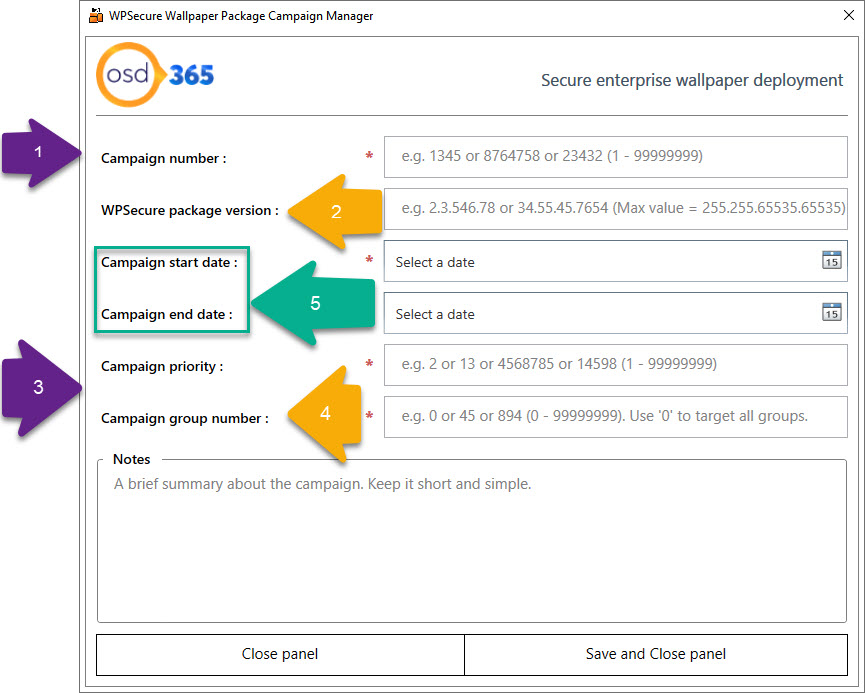 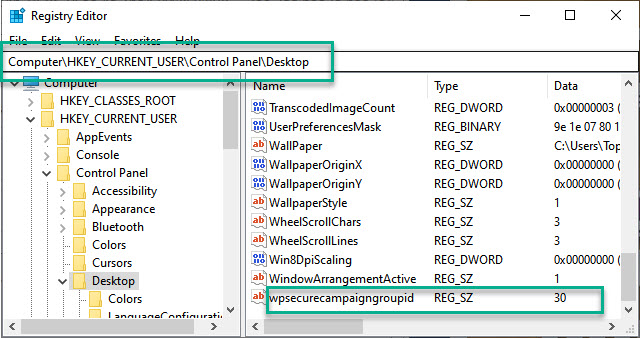 If the above registry setting is absent/incorrect or does not match the entries in the campaign list within the ‘wpsecure.campaigns‘ file, then the campaign group number/ID is set to 0 (Zero).

When you generate a ‘WPSecure campaign file’ [See above notes] the following supporting files will be generated.

The process ‘wpsecurecc.exe‘ will copy the ‘wpsecure.campaigns‘ file to the right location under the “Program Files” directory.

Note: Don’t run the process from an unsecured location like the ‘Downloads‘ folder.

Using the above process, you can deploy the ‘wpsecure.campaigns‘ file using SCCM (Microsoft Endpoint Configuration Manager).

Upload the ‘wpsecurecc.intunewin‘ file to Microsoft Intune as a Win32-application to deploy the Campaign to Cloud connected devices.

Use the registry detection method for both SCCM and Intune

Value: Version number used in the install command line above.

Operator: Greater than or equal to.